“Orcas Island was a tag-along when CenturyLink purchased Qwest – to get the larger Northwest market, they had to take us,” said Brems. “We’re what is called a legacy system – old copper telephone wire technology. Because of Doe Bay’s location and limited growth, CenturyLink is not willing to invest in solving our problems.”

Feedback from those who heard the presentation was enthusiastic.

Sea Acres resident Stu Stephens commented, “I was surprised to hear that my neighbors are having the same internet issues I’m experiencing. When I’ve called CenturyLink to complain, they always tell me the problem is with my equipment.”

“To learn that we in Doe Bay are paying the same amount for our on-again, off-again 1.5 mbps internet service as those just down the road in Olga, who receive 6 mbps with no service problems, makes me furious,” said Judy Whiting, Doe Bay resident.

The DBIUA group laid out an implementation plan. “It all appears doable,” explained Sutton. “All of us will need to make a small investment in equipment, but the payoff in being able to keep in contact with the outside world, for pleasure, education and business, will be well worth it.” 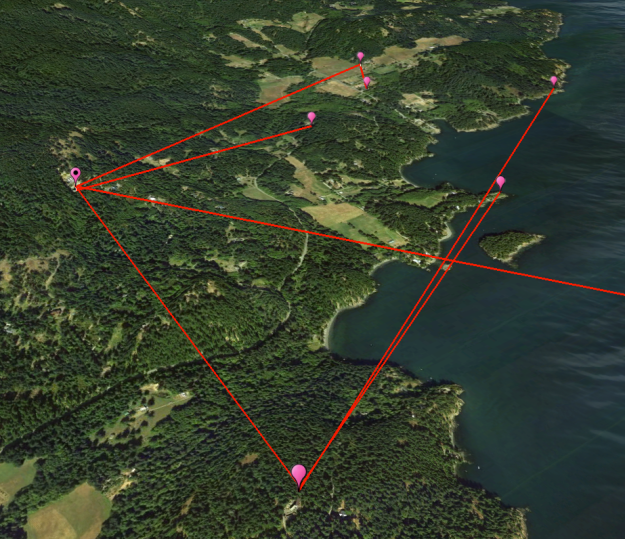 Doe Bay is at the end of the existing internet service line so residents receive only the service capacity that is left. “Think of it as a water hose,” explained Chris Sutton, spokesman for the group. “If you have two or three or four hoses connected to one line, the person at the far end receives only a trickle of water.”

Despite years of complaints by residents regarding speed and dropped service, there has been no effort made by CenturyLink, the current internet provider, to solve the core capacity problem. “CenturyLink has oversold its ability to serve the Doe Bay area,” said
Sutton. “Residents are paying for a service they don’t receive.”

Some residents report that they are often unable to access the internet between the hours of 4 p.m. and 10 p.m. Others report being online and then the connection is dropped, and they are unable to reconnect.

Washington State’s average internet speed is reported to be 8.51 mbps. An internet speed of 1.5 mbps is the fastest speed offered to Doe Bay residents, and residents report that even when they are able to log on, they seldom receive that speed.

“We’ve already started our explorations.” Sutton elaborated. “We have been in contact with OPALCO and also with an off-island service provider that uses microwave wireless. So far our initial research says – from both a technology and a cost standpoint – that it appears to be possible to accomplish our goal of offering Doe Bay residents a more reliable and faster internet service.”